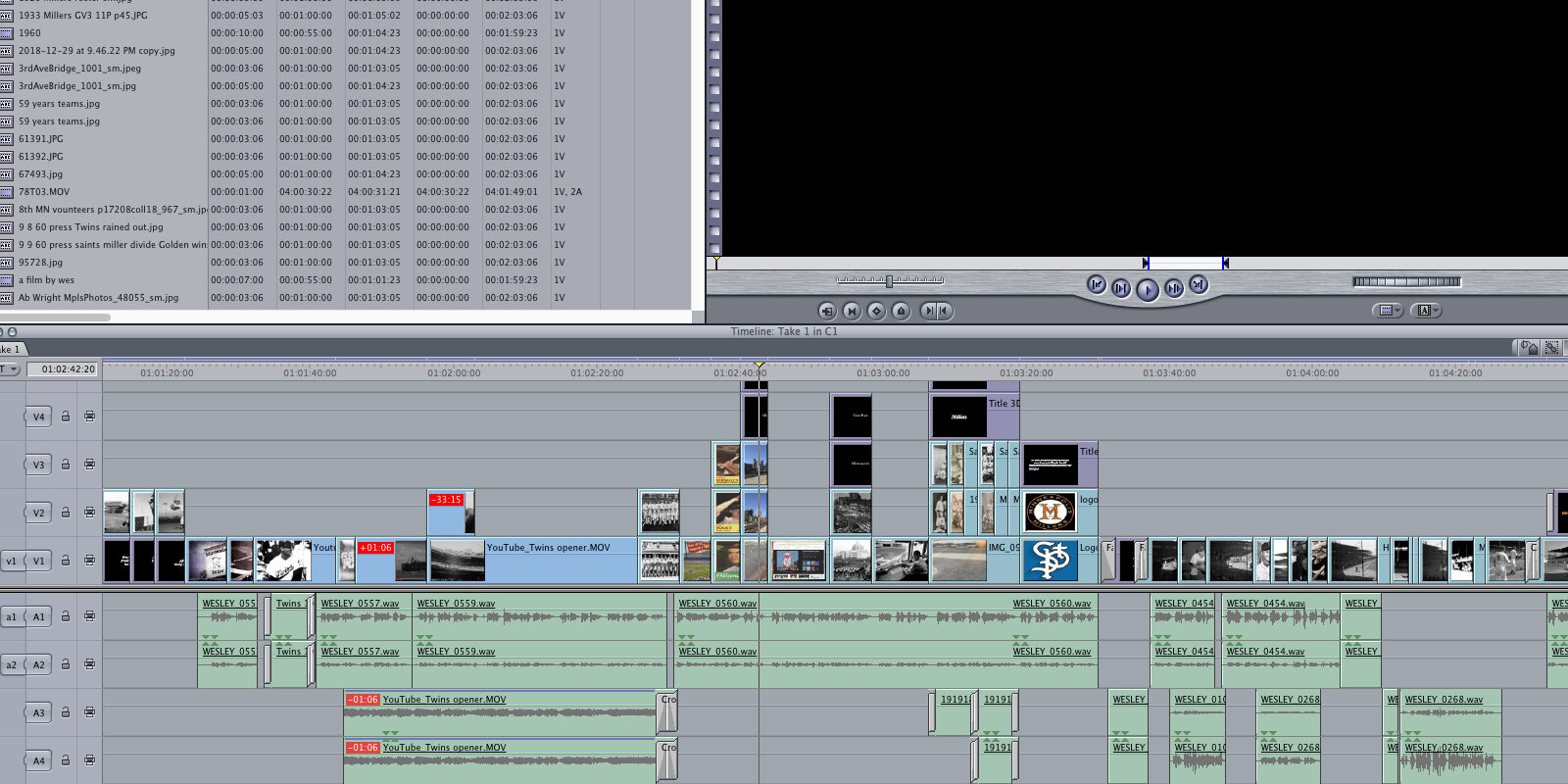 It is now August of 2021.  I started this baseball documentary in January of 2013.  Looking at the content of this website it may not be apparent that I am making progress on this project, but I am.  I am half way through a 4th edit of the film.  If not for the covid virus and the library closures it forced, my film about the Millers and Saints would be done.

In less than a month the University of Minnesota will begin the Fall Semester.   The U’s Wilson Library will again be accessible to me.  Wilson Library is where my journey began.

I had not yet knocked the January chill from my coat back in 2013, when I told the student behind the front desk I was looking for information about minor league baseball in Minnesota.  I asked if there might be someone who could help me with my search.  She picked up the phone and dialed a number.  As if by magic Mark the librarian appeared next to me.

During my long cold walk across campus I’d been formulating a sentence in my head that would describe the idea of the baseball film I wanted to make.  The wind chill prevented my thoughts from finishing the sentence.  I remember saying the words, baseball, Millers, and Saints to Mark and not much else.

As soon as I finished he began listing a slew of leagues and years and players and teams. His list overwhelmed me.  He even mentioned the Chicago White Sox for some reason.  He peppered me with several short questions that I now do not remember, as he typed away on a computer keyboard.  The printer behind the front desk began churning out pages.

Even though recent lockdowns have denied me access to Wilson, I have completed three rough cuts of the film during the past year and a half.  With each edit I have refined the story and assembled the film leaving creative doughnut holes that will be filled as soon as my research is completed.